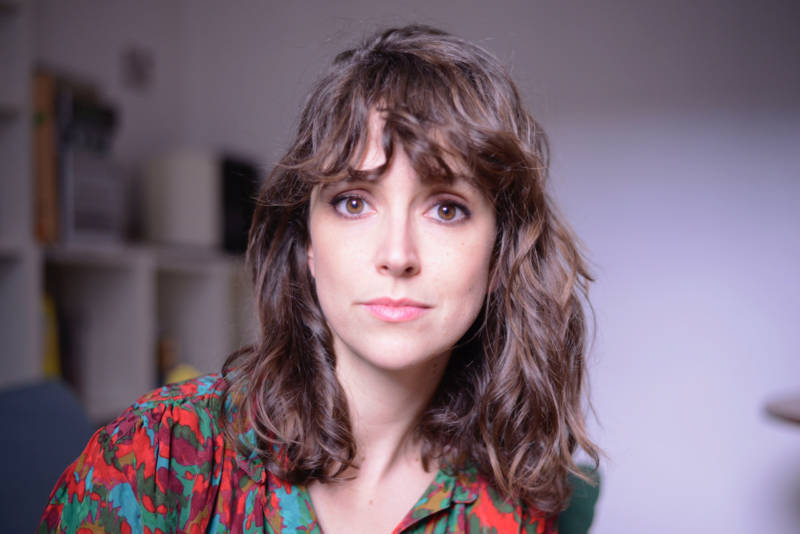 Aurore Vincenti has several lives. A first one, as a linguist, that she started on the benches of the École normale supérieure until she passed and obtained an agrégation in English. A second, as a “somatic educator”, a barbaric term that refers to approaches to body awareness through movement, dance and touch. And a third, in sexology, after training at the University of Geneva. Her love of languages led her to develop a work of linguistic popularization in the media. Her hobby: everything that doesn’t make it into the dictionary and everything that bends the rules of grammar: slang, jargon, popular speech and even the noises you make with your mouth. She has written a book on language in rap, Les Mots du bitume (2017) for the publisher Le Robert, based on a column on France Inter (“Qu’est-ce que tu m’jactes?”) and co-wrote a book on regional French, Comme on dit chez nous (2020). For radio and TV, she has studied, among other things: the body in language—“La chronique d’Aurore Vincenti”, France Inter, 2016-17 / the languages of love—in Je t’aime, etc., France 2, 2017-2020 / sexism in language—“Mauvaise langue”, 28 minutes, Arte, 2018 / the question of the imaginaries of the female body—“Summer body”, 28 minutes, Arte, summer 2020.

Body, dance, languages, imaginaries, sensibilities, genders and sexualities: this is the scope of what crosses it and questions it.