What You Need at Night 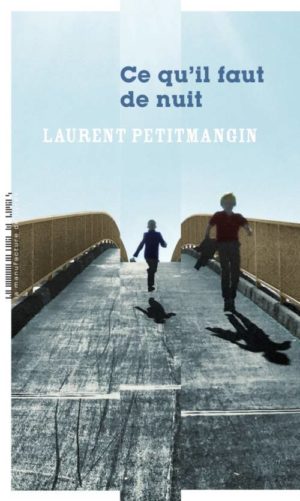 A heartbreaking debut that restores with dignity and modesty the destiny of a French family caught between love and political convictions.

In East of France, a father raises alone his two sons, after the mother passes. Every Sunday, he goes with the eldest, Fus, to his football matches. And when Gillou, the younger son, dreams of changing his destiny by moving to Paris for higher studies, his father and brother support him. But everything changes when the father, a socialist militant, discovers that Fus is hanging out with right-wing groups. Shame and incomprehension will henceforth soak up the daily life of these two men who live together. What can a father and a son share when everything seems to break them apart? A tragedy will force them to answer.

Laurent Petitmangin was born in 1965 in Lorraine in a family of railway workers. He spent his first twenty years in Metz and then left his home town to pursue higher education in Lyon. He returned to Air France, a company for which he still works today. A great reader, he has been writing for about ten years. Ce qu’il faut de nuit, his first novel published in the autumn of 2020, was a huge critical and public success in France and abroad, immediately establishing the author as one of the voices to follow on the French literary scene. Ainsi Berlin is his second novel.

A story of great delicacy about the bonds of love between men, father love, brotherly love and friendship.