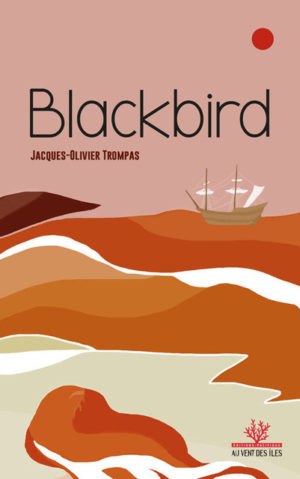 At the end of the 19th century in Australia, a ship usually dedicated to sandalwood cargoes was about to take a new route: blackbirding. The lure of profit inflated the sails of the large ships in search of “volunteers” to supply Queensland’s sugar cane fields with labour. The destiny of young Umah, born on the islet of Uripiv off one of the large islands of Vanuatu, is thus turned upside down, he who aspired to a peaceful life in the company of his family... Tossed around in the meanders of a life he no longer controls, he meets Anna, daughter of the Australian captain at the head of the expedition. The unlikely meeting of these two people and the life they will try to rebuild on the embers of hatred and violence seals their panting and revolting future in the darkest part of our past.
More than a century later, an Australian archaeologist will serve as an eye-opener by reconstructing this sordid episode of the past. He himself will be confronted with the suffering he has experienced and caught up in the resurgence of the traces he discovers. The past, even well buried, never really fades away and it seems that the dead have decided to hold the living accountable...

Jacques-Olivier Trompas has been the author and director of documentaries (including Un lagon en héritage—awarded at the Antibes festival in 2007) and documentary fiction (L’archipel des forçats, hailed by national critics, and The Caledonian War) for more than fifteen years. His work has been produced on the west coast of the United States and the Pacific: from New Zealand to Japan, New Caledonia and Australia. The company Néo productions, which he created in 2001, is based in New Caledonia. With more than forty films in its catalogue, it collaborates with local channels (Canal+ Calédonie, New Caledonia la 1ère and Caledonia) as well as with national channels (France Télévisions, TV5 Monde, Histoire, Seasons...). His first novel, Au pays des borgnes (2018), is published by Regain de lecture.