Walter Nowak Won’t Get Up 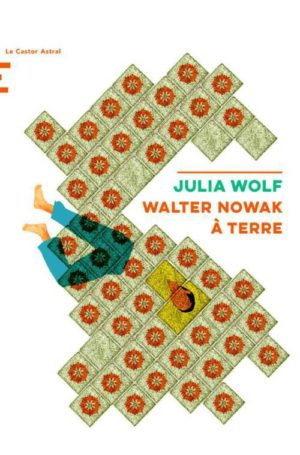 Walter Nowak, is lying on the tile floor of his bathroom, with a head injury, unable to get up. On the floor, he’s thinking. In a state of confusion that is both comical and disturbing, his memory is a jumbled recollection of the events in his life that led him to this situation. Beneath the stereotypical appearances of a virile man poind the fragility of a man who has been forced to build himself on absence, taboo and fantasy.

Born in 1980, Julia Wolf lives in Berlin. After studying literature, she chose to become an independent writer for radio, theatre and film. She is the author of two highly acclaimed novels published by FVA, Alles ist jetzt (2018) and Walter Novak bleibt liegen (2020), which received the Brandenburg Lotto GMBH Prize for Literature, the 3 sat prize and the Nicolas Born Debut Prize. Her second novel, Walter Novak Won’t Get Up, was a finalist for the prestigious German Booker Prize in 2017.

“Julia Wolf writes a narrow and sparkling novel! With great empathy, she depicts the life of a 68-year-old man who is emblematic of the post-war generation and the Federal Republic.”

“Julia Wolf succeeds with virtuosity in bridging the gap between bitter irony, poetic language and her protagonist’s stubborn search for her own words.”