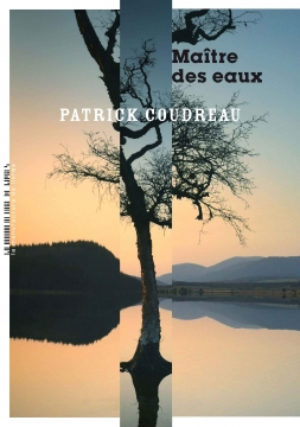 With this first novel that can be read in one go, Patrick Coudreau invites us into a literary universe full of suspense, poetry and magic.

In the village, this family was said to be strange, that the water obeyed them and that disasters came through them. Then the fire broke out and everything was fine. Today, the son has come back with the desire to settle scores. He brought with him the rain that ravages everything, for he too, it is said, knows how to converse with water. Now he is hiding in the heart of nature, somewhere near the village, wanting to be forgotten, and a little girl has decided to help him. But for the men of the village, the hunt is on and will not stop until this matter is finally settled...

Born in Bourges, Patrick Coudreau became a journalist, specializing in ecological and social issues, working first for the written press and then for various institutions. He began writing when he was 14 years old and published three collections of poetry that earned him two literary prizes. He later became interested in prose, never stopping working and going from one project to another. In all, nearly twenty-five manuscripts would accumulate in the drawers of his desk. But it was finally in 2017 that he completed his novel, Maître des eaux, and decided to send it to a publisher. Passionate about ornithology, Patrick Coudreau now lives in the Yvelines.