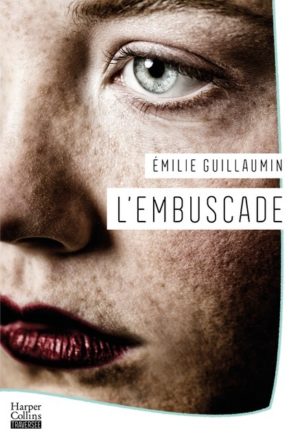 With acuracy and emotion, L’embuscade depicts the fight of a courageous and powerful woman, a wife and mother, to discover the truth.

A night in August. Cedric’s scent floats in the room. It’s been a month and a half since this special forces soldier left on his mission, just as it has been a month and a half that Clémence and their three boys have awaited his return.
Early in the morning, a military delegation rings the doorbell. Warrant Officer Cedric Delmas had been ambushed with five of his comrades.

Alongside other women, also wives of soldiers, Clémence finds herself plunged into the secret war waged by France in the Levant. Questions nag at her: what really happened during the attack? And why is the army keeping it secret?

After studying literature at the Sorbonne, criminology in New York and working as a journalist on Radio Classique, Émilie Guillaumin moved to Miami where she worked as a journalist, but also as a French teacher, insurance agent, waitress, newspaper delivery girl… In between, she spent two years in the French Army, an adventure from which she drew Féminine, her first novel published by Fayard in September 2016. Since then, Émilie Guillaumin has worked again at the French Ministry of Armed Forces, and continues to write.
Her latest novel, L’embuscade, was published by HarperCollins in August 2021.

A powerful novel based on real facts that approaches the Army from a singular angle: that of soldiers’ wives.

An author with a significant background who knows the army from the inside and has investigated alongside soldiers’ widows.

Spotted by the Mission cinéma of the Ministry of the Armed Forces.

In the spirit of the movie Through the Fire—a huge popular success.