The Portrait of Traviata 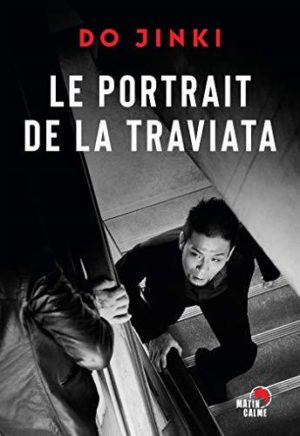 One hypothesis after another, the inspector, guided by lawyer Gojin, examines each profile, each alibi, each scenario, down to the most fantastic. The reader gets caught up in the game and, together with Inspector Lee, tries to solve this mysterious crime.

Two dead in an apartment on the first floor of a quiet building in Seoul. The woman who lived there—a stab wound for her—and a neighbour—a punch wound for him—a hateful guy who had been hanging around her lately.
But since the main suspect lies next to the victim, the culprit must be sought elsewhere. The janitor seems to have the profile, so Detective Lee Yuhyeon completes his investigation and sends him to trial. But nothing happens as planned. The old man’s innocence is obvious, the trial is a fiasco.
It is then that in his phone, Lee Yuhyeon hears a familiar and mocking laugh, that of lawyer Gojin, the lawyer of the shadows. Yes, it will take start all over, start from the beginning. Because everyone in
this building might have some reason to have committed this double murder.

Do Jinki is 49 years old. For 20 years he has been a judge at the Northern District Court of Seoul. And at the age of forty, he became a successful crime writer. In 2010 his first detective novel received the Mystery Rookie Award from the Korean Mystery Artists Association. It will be followed by nine other detective novels in two parallel series, one featuring lawyer Gojin, the other about Judge Djingi. In 2014, he wins the Korean Mystery Literary Award for his feature film, The Star of Judas. His novels have been translated in China and four of his books have been sold to production companies, who love his complex puzzles with their twists and turns. His fans have dubbed him the “John Grisham of Korea”.