How Lucky You Are 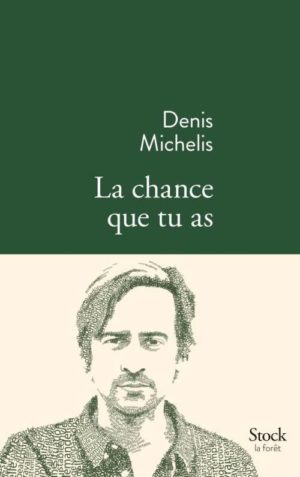 “At least here it’s warm.
Here at least, he is paid, fed, milled.
Here at least he has work.
The confinement certainly makes him suffer, but think a little about all those who really suffer.
Those who no longer have anything.
Whereas you, you have a situation and a place to sleep, that’s not nothing, you know.
And you dare to complain.”

Born in 1980 in Siegen, Germany, Denis Michelis arrived in France at the age of six. After studying literature, English and journalism, he became an editor for cultural programmes on ARTE and then France 5. His speciality: interviews with... writers! In 2013, he decided to stop television to write and translate. His first novel La chance que tu as appeared with Stock in 2014. Le bon fils in 2016 in the Notabilia collection. He will be a finalist for the Prix Médicis and will be awarded the Prix des Lycéens en Île-de-France 2018. In terms of translations, Les Pleureuses by Katie Kitamura (Stock) was published in 2017 and Peur by Dirk Kurbjuweit (Delcourt) in 2018. During these years of conversion from journalism to writing, Denis Michelis also completed two training courses as screenwriter. His latest book, État d’ivresse, was published on January 3, 2019, again by Notabilia. His next novel, Encore une journée divine is expected for the 2021 literary season.