The Sacrificed of Vercors 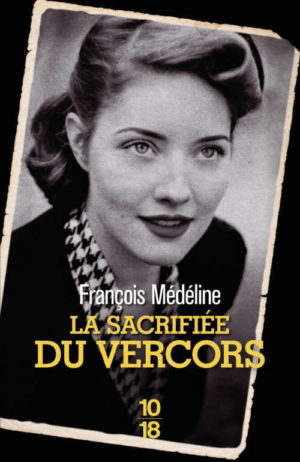 THE black novel about purification: traitors and heroes mingled in the ashes of the Liberation.

September 10, 1944. The police superintendent Georges Duroy is at the wheel of his Peugeot 402 Légère, driving towards Saint-Julien-en-Vercors, in the Drôme.
A former resistance fighter, his first mission was to investigate a crime committed in the Vercors, the land of martyrs still bloody from Operation Aktion Bettina: in mid-July, the Wehrmacht mobilized 10,000 men and killed 639 combatants and 210 civilians.

This September 10, a corpse was added to the long list of dead: a young girl named Marie was found raped and her throat slit in the forest. A barbaric murder that shook the entire plateau. Marie is the youngest daughter of a family of resistance fighters.

Who killed Marie? The militiamen who take revenge on the Valette family? Why doesn’t anyone want to talk? Neither Valette’s father, a farmer, nor their mother, nor their son-in-law Louis... nor the silent ones on the set. No one. Really nobody?

While the Vercors mourns the fifteen people shot in La Chapelle-en-Vercors, the sacrificed in the Grotte de la Luire and all its dead, and while the resistance fighters hunt traitors, militiamen, black market poachers, servile merchants, civil servants too loyal to Pétain..., Duroy will have to untangle the true from the false, penetrate the silence. In this abyss of questions, he will team up with a young American photographer, as cheerful and confident as Duroy is taciturn and rational. And together, once the matter is resolved, they will have to make a decision: what to do with the heroes who have committed the irreparable?

Born in 1977 in the Lyon region, François Médéline was a researcher at Science Po Lyon during his doctorate, specializing in political sociology and linguistics. He worked in politics for ten years before embarking on writing, influenced by James Ellroy. He has been published at La Manufacture de livres since 2014, where La politique du tumulte, Les rêves de guerre, Tuer Jupiter and L’ange rouge (2020) were published. La sacrifiée du Vercors is his first novel to be published by 10/18.

A book that evokes Bouysse, Slocombe or Ellroy.

An era and a region little treated: were the heroes of the FFI thrown into a necessary liberation and purification process real heroes? And what is a hero anyway?

A black novel nugget, unique for the period.

Characters in all nuance in a chiaroscuro narrative where the acts are understood in the light of historical complexity.