The Little Ritornello of Horror 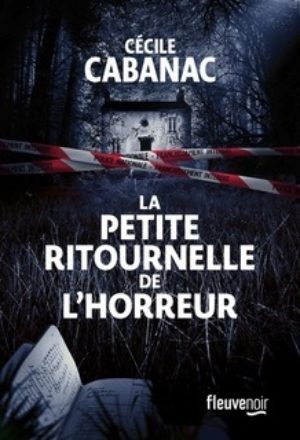 Behind the walls lurks the darkest of secrets...

When Virginie Sevran receives a call at almost two o’clock in the morning, she knows to expect the worst. Nothing, however, can prepare her for what is in store for her in the old building where the technicians of the judicial identity are already at work. The unbearable. The darkness of the human soul. The corpse of a young girl discovered by chance behind a partition that the new owner was trying to break down.
At that moment, the rest of the world ceases to exist. The flashing lights swirl in the night. The silence is oppressive. Anxiety rises. And, soon, the walls entrust two more bodies to the police. Two other children... Quickly, the stupefaction gives way to a trying investigation. Certainly the most sordid of all those with which the commander and her partner, Pierre Biolet, have been confronted during their careers.

Cécile Cabanac was born in the Basque Country in 1976. She began her career as a journalist in the South-West of France while studying history in Bordeaux, before turning to the audiovisual sector. Freelance journalist for numerous French television programmes and channels for seventeen years (France 2, 5, TF1, M6, Arte...), she has notably directed five documentaries retracing court cases for “Faites entrer l’accusé”.
She is already the author of two novels, Des poignards dans les sourires and Requiem pour un diamant.

After Des poignards dans les sourires and Requiem pour un diamant, the Sevran/Biolet investigative duo is once again honored for a high-flying finale.

A hard-hitting novel that explores the flaws of the Children’s Social Aid and addresses, more broadly, both sordid and upsetting themes around childhood with incredible finesse.