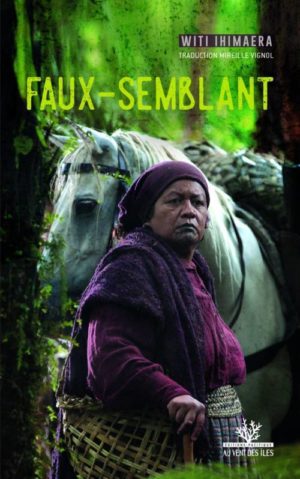 1935: Paraiti, an old Maori healer of great renown, travels around New Zealand with her horse, mule and dog. Thanks to her ancestral know-how and a pharmacopoeia drawn from nature, she heals, soothes and saves lives. But when a white middle-class white woman from the city summons her to help her terminate an already advanced pregnancy, she is faced with a dilemma and a terrible secret... a secret on the scale of the gulf that separates the country’s communities. Witi Ihimaera paints a fabulous portrait of a nature in symbiosis with the Maori people and that of a fearless, intelligent, fearsome... and funny woman.

Nga Kupu Ora—Aotearoa Maori Book Awards 2013. Adapted for the cinema by Dana Rothberg under the title White Lies in 2013 (Tuakiri Huna in Maori)

Versatile and prolific, the first Maori novelist to be published, Witi Ihimaera has published twelve novels, six collections of short stories, written for theatre and film, co-produced films and documentaries, edited several books on the arts and culture of New Zealand and taught at the University of Auckland.
He has received many prestigious awards, including the inaugural Star of Oceania Award from the University of Hawaii in 2009, the Arts Foundation of New Zealand Award in 2009, the Toi Maori Maui Tiketike Award in 2010 and the Premio Ostana International Award in Italy in 2010.

“The admirable work of Witi since the publication of his first news has managed to draw up an authentic New Zealand table.”