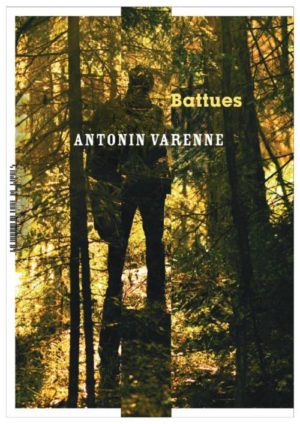 Between rural western and impossible love story, Antonin Varenne’s noir novel immerses us in the passions and savagery that govern the daily life of a small country town.

In the town of R., two rival clans, the Courbier and the Messenet have shared power for decades. A sawmill, farms and not much else: the town is in decline. Disfigured by a farm accident when he was a teenager, Rémi Parrot lives apart from the community. But the disturbing disappearance of his best friend, Philippe Mazenas, and the return of his childhood sweetheart, the beautiful Michèle Messenet, will brutally plunge him back into the heart of resentment and settling of scores.
When the body of Philippe Mazenas is found, half devoured by wild boars, at the bottom of a mine where toxic waste is stored - illegally, of course - the tension rises and, in a few days, everything becomes uncontrollable. A brawl in a bar, an exchange of gunfire during a wild boar fight, a fire at the sawmill, another murder... The interrogations conducted by the police give rhythm to this dense and dark tale by shedding a harsh light on the motivations of all those involved. Will Michèle and Rémi Parrot manage to escape the meanders of the past and finally find themselves again?

Born in Paris in 1973, Antonin Varenne spent his childhood in the four corners of France, then on a sailboat. After graduating from university, he became a construction mountaineer, lived in Toulouse, worked in Iceland and Mexico and, in 2005, he anchored himself at the foot of the Appalachian Mountains where he decided to write his first story on paper. Returning to France accompanied by an American woman, a bilingual child and a Mexican dog, he settled in Creuse and now devotes himself to writing.