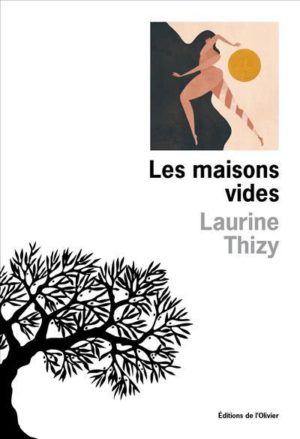 From the first stammering hours to adolescence, from immaturity to the blossoming of a gymnast’s and then a woman’s body, one that suddenly attracts men’s attention, we follow Gabrielle on a path that is as chaotic as it is intoxicating. With a prodigious energy, Gabrielle grows, frees herself and fights against the ready-made paths of her rural environment, and what she calls her “spiders” : a powerful cough that impedes her breathing.
Beyond Gabrielle, and through her voice, it is the destinies of all the women in the novel, a choir of sacrificed or unloved generations—the great-grandmother, a grandmother, the mother—that are at the center of Les maisons vides.

With this unique first novel, carried by a style that combines panache and delicacy, Laurine Thizy has revealed herself as a promising discovery.

Laurine Thizy was born in 1991, and her talent emerged early. In 2010, 2013 and 2014, she was selected for the Prix du jeune écrivain, and published several texts in the collection published by Buchet-Chastel. In 2016 and 2017, she also wrote for the magazine Pan (Éditions Magnani). A doctoral student in sociology, she teaches at the University of Lyon 2. Her first novel Les maisons vides will be out in January 2022 at L’Olivier Editions.