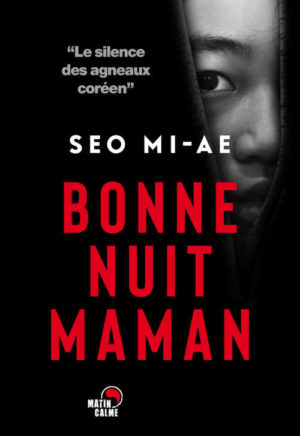 The Only Child: A Novel is the first opus of a trilogy dedicated to Hayeong, a young icy psychopath. Both a victim and a criminal, she embodies the upheavals experienced by Korean society, which one wonders if it has not become a monster factory.

Yi Byeongdo is a serial killer. Guilty of a dozen homicides committed against women, detained for several months under high surveillance, he refuses any contact with the outside world. Until the day he asks to speak to Seonkyeong, a criminologist. Warned of the dangerousness of this manipulative criminal, she nevertheless agrees to meet him. A certain intimacy is established between them. At the same time, Seonkyeong’s husband asks her if they can take home the daughter he had from a first marriage. The eleven-year-old child has just lived through two tragedies, the suicide of her mother and the death of her maternal grandparents in a fire from which she miraculously escaped.
Soon, the little girl shows worrying signs of hidden violence. These signs only grow as the investigation into the death of her grandparents takes a new turn.

Seo Mi-ae is a Korean detective star. Like any Korean author, she starts with poems that appear in the press. Then in 1994 she published her first detective novel, which was a huge success: 30 Ways to Kill Your Husband. Her second, The Doll’s Garden, received the first prize in the Korean Polar. Since then she has published other novels and short stories and several of her books have been adapted for film or television.

Seo Mi-ae is also a screenwriter for television and film. She lives in Seoul.

Atmosphere Silence of the Lambs.