Give it All Back to the Wind 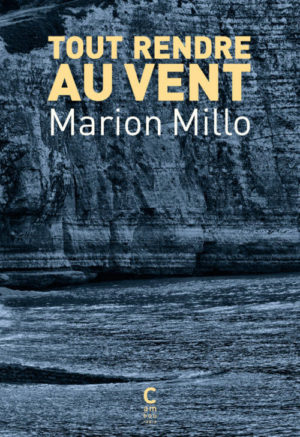 Three women, from three successive generations, whose destinies are intimately linked, will end up intertwined.

In the 1950s, Anna, orphaned by her mother and rejected by her father, is at the service of a bourgeois family. Harassed by the owner of the castle, she finds herself pregnant and must leave her job, leaving the child to the mistress of the house, who cannot have one.
Katel fled very early on from the large house in which she grew up to go to Paris, at the end of the 1960s, where she became involved in student revolts and especially in the feminist struggles whose cause she continues to champion.
Lucie also grew up in this bourgeois house and diligently studied law.
But contrary to the wishes of her grandmother, who raised her, it is the police that she wants to join as a police commissioner. Far from her native region, she finds herself having to investigate a series of rapes in 2012.

Each in their own way, Anna, Katel and then Lucie will have to stand up for themselves, thwart the conventions and prejudices of their time, to weaving once again the hidden ties of kinship that unite them and thus regain their full and complete identity.

Marion Millo is a teacher of Letters in the Côtes d’Armor, France, after having worked for nine years in the northern districts of Marseille. Taken by life and multiple commitments, particularly the feminist struggle, she remained for a long time without writing, except for a few texts here and there, including a column published by the French newspaper Le Monde (Hichem, “minot” assassinated that I have not forgotten, edition of April 25, 2013), in which she reacted to the media treatment of the “settling of scores” in the cities of Marseille. In 2019, she participated in the short story competition of the literary festival Les Escales de Binic, won 2nd prize with a short story entitled “Le parasol” and published a collection of short stories, L’innocence (L’Harmattan Editions). Give it All Back to the Wind is her first novel.

First novel by Marion Millo, this text intertwines the destinies of three women, from three different generations, linked by a common determination to take their destiny into their own hands and by family secrets hidden over several generations.

A feminist novel of sisterhood, which testifies to the importance of women’s struggles, as activists, but also in family and professional life.

A text carried by these intertwined destinies of perfectly controlled construction, where it is a question of desire, struggles, especially against violence against women and the role that society assigns to them, with nature and the sea playing the role of a protective and setting.