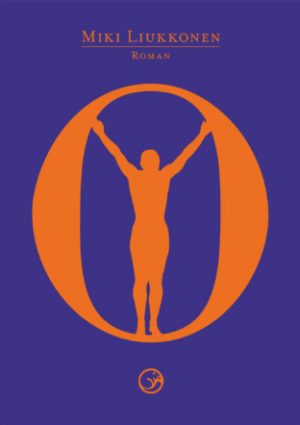 “O embodies the mandala of the representation of the whole world!”

O asks what daily life means in our society, and how we can (over)live in it. Miki Liukkonen paints ordinary people and (extraordinary) events on an outrageously large canvas.
O is the 7-day adventure of 100 characters, all suffering from psychosis, in a calibrated game of intermingling in which a multitude of digressions, memories, anecdotes and stories appear in an abyss.
O tells the story of a swimming team preparing for the Olympic Games, of a company that designs slides in an artistic approach, of a man who worships eggplants, of a neurotic circus.
All of them are led to cross and meet each other.

Miki Liukkonen, born in 1989, is a Finnish novelist, poet and musician. His literary career began at the age of only 21 with the publication of his first collection of poetry White Poems (2011). This was followed in 2012 by the publication of his collection Elisabet, dedicated to his mother. Liukkonen chooses poetry as a channel of expression because of its sensitivity.
When poems were no longer sufficient to express his thoughts, Miki Liukkonen turned to prose. Her first novel, Children Under the Sun, published in 2013, was nominated for the Runeberg Prize. After four years of writing, he published O, an unusual project. With this enigmatic tale, he compares his own work to that of David Lynch, succeeding in commercializing the non-commercial. The novel was selected for the 2017 Finlandia Prize for Fiction and the 2018 Runeberg Prize. Today, his experimental and daring writing has earned him a reputation as one of the most innovative contemporary writers.

The Castor Astral major stake and only novel for the year 2020.

An extraordinary project, a monster book, a maximalist novel, a literary UFO.

A critical success in Finland published by Wsoy. A finalist for numerous awards, Miki is now considered one of the greatest contemporary Finnish writers.

Between Joyce, Houellebecq and Perec, Miki deploys his singularity and manages to give meaning to the chaos of the World.

A promotional plan in the image of this project: visit of the author, press trip to Finland, presence of Miki Liukkonen and Sébastien Cagnoli at numerous events, personalized posters...