Initation of a Russian gangster 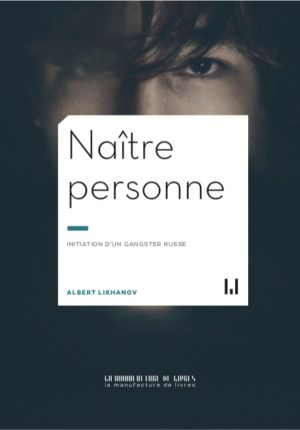 First, there is the orphanage where the children grow up, whom their mothers cannot support and whom they sometimes come to see, presenting themselves with the meager gifts they have been able to buy. The children grow up there until they come of age before being delivered to the street. For the young Koltcha, it will be the mechanical institute and the promise of a laborious and inglorious future. But, crossed by chance at a drunken party, Valentin appears in the life of the orphan, a charismatic gangster who takes him under his wing. Koltcha’s destiny then takes on a new color. That of easy money and adventure, of power and mystery. A modern Russian destiny full of promise.

Under the pen of Albert Likhanov, the anonymous testimony of a Russian gangster today reconverted in licit activities, becomes a story of initiation to the criminal life in the 90s when vagrants could become millionaires thanks to the collapse of the USSR.

Albert Likhanov was a journalist for various Russian newspapers, from Siberia to Moscow. Committed to the cause of orphans, he represented the USSR at international conferences and participated in the drafting of the United Nations Convention on the Rights of the Child. A prolific writer, he is the author of a work that has sold millions of copies and has been adapted several times for the cinema. For this book, he received the exclusive testimony of an oligarch whose criminal beginnings he anonymously reveals.

Presented in novel form, this book presents the true story of the formative years of a Russian criminal.

A poignant and nuanced tale of initiation that reveals a little-known side of contemporary Russian society.

A translation of one of the masters of Russian narrative non-fiction.

“Albert Likhanov offers us a story that contains a tasty gallery of portraits and puts the finger, without seeming to touch it, on the wounds of the Soviet society.”