Jeannette and the Crocodile 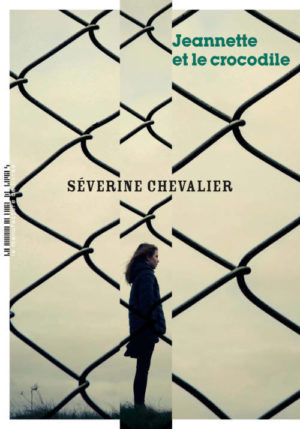 Jeannette is ten years old today. She and her mother have big plans for the day: they will go on trip to see Eleanore, a crocodile found in Paris’ sewers and taken in by the zoo in Brittany. Since she heard about the story of Eleanore, Jeannette hasn’t wanted any other gift. But in the small spa town where they live, where the factories are closing, where people are fighting to pay the bills, not to drink too much, to try to be happy sometimes, what are the dreams of little girls worth? The meeting with this crocodile could be for her eleventh, twelfth or thirteenth birthday... We never think it could be too late.
Jeannette et le crocodile delivers a poignant chronicle of the lives of a few characters who try to dream of the future despite the infinite harshness of a world of failure and pretense. Once again, Séverine Chevalier offers us a deeply moving novel full of humanity.

Séverine Chevalier was born in 1973 in Lyon where she spent the first twenty years of her life. After studying at Sciences Po, she pursued a postgraduate degree in public law and became a lawyer at the town hall of Saint-Étienne. She then lived for thirteen years in Marseille where she began to write. In 2015, she moved with her family to Auvergne. She is the author of four novels Recluses (2011), Clouer l’ouest (2014), Les mauvaises (2018) and Jeannette et le crocodile.

The new novel by a rare and precise author, a must in the catalog of La Manufacture de livres.

A social novel that evokes the universe of Rebecca Lighieri or Marion Brunet.

An author praised for the evocative power of her writing and the quality of her pen.