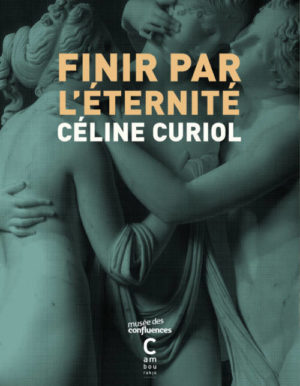 For this third text in the “Récits d’objets” collection, co-published with the Musée des Confluences, Céline Curiol has set her sights on an encryption machine, the same model as the one the Nazis used to encrypt their communications during the Second World War, and whose operation the English mathematician Alan Turing managed to decode, thus contributing in part to the Allies’ victory.

Imagining a young woman who, instead of the vintage typewriter she once ordered, is delivered an encryption machine whose operation she does not know before being contacted by high-level international authorities wishing to entrust her with a confidential mission, Céline Curiol builds an astute meditation on the place of secrecy in a contemporary society that increasingly encourages permanent unveiling. Between a dark novel and a sensitive reflection on the role of the museum and creation as intellectual stimulants, she launches a poetic and vital call for the creation of a worldwide archive of secrets, as an act of resistance to slow down existences.

Third book of the collection “Récits d’objets”, co-published with the Musée des Confluences in Lyon, after L’ourse qui danse by Simonetta Greggio and Fardo by Ananda Devi.

A text as facetious as it is intelligent, revolving around a cipher machine, once a tool used during the war, which could now contribute to the global safeguarding of secrets, a species in danger of extinction in the modern world.

A story that cleverly oscillates between black novel, poetic and scientific reflection to call for an unexpected form of resistance to the overexposure so sought after in contemporary society.