I Will Love You in a New Way 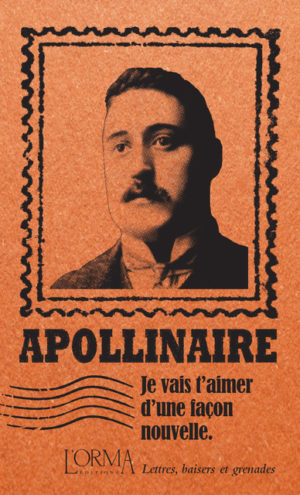 A symphony of kisses, pomegranates, farewells: the letters of Guillaume Apollinaire to Louise de Coligny retrace the story, tormented and passionate, of a great love burned by desire.

A splendid love letter with the increasingly threatening metallic sounds of the Great War in the background.

Guillaume Apollinaire de Kostrowitzky is a French poet and writer, critic and art theorist born in Rome on August 25, 1880.
Considered one of the most important French poets of the twentieth century, he is the author of poems such as Zone, La Chanson du mal-aimé, Le Pont Mirabeau, which have been the subject of several adaptations into song during the century.
He died in Paris on November 9, 1918 of Spanish flu, but was declared dead for France because of his commitment during the war.