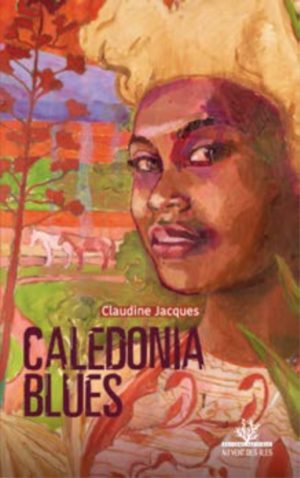 Claudine Jacques leads us along the paths of an unknown music to approach the illogical, passionate, immoral and lawless part of the human soul. She takes charge of all the changing and terrible faces of today’s New Caledonia to oppose all “good thinking” and makes us hear her blues in a language that belongs only to her.

Claudine Jacques has been writing forever. After running a professional training centre, she stopped all activity in 1994 to devote herself to writing; she was published in 1995. Her first collection of short stories makes a strong impression because it speaks the truth, followed by the publication of a novel in 1999 (Les cœurs barbelés, Éditions de la Table ronde). She then wrote plays and several illustrated albums for children.
A founding member of the New Caledonian Writers’ Association, she lives “in the bush” where she has managed her village library for twenty years, runs the Boulouparis comic strip festival and is involved in writing workshops for school children. She is at the initiative of the Association Écrire en Océanie (Writing in Oceania) which has revealed many young Caledonian talents.