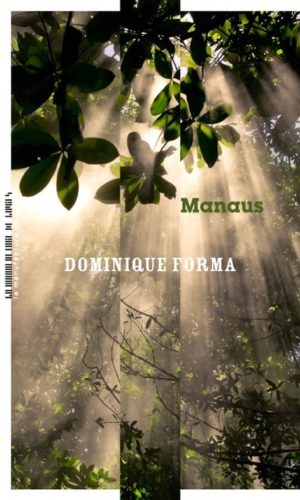 In the humidity of this Amazon jungle where rules no longer exist and where betrayal becomes the watchword, Dominique Forma delivers a novel as dark as it is scathing.

First of all, he must pass unnoticed among the escort that accompanies de Gaulle to Argentina. Once there, he must accomplish his mission. Simply, efficiently, without asking questions. Find the contact, approach the target, eliminate it. Then, still invisible, return to France. That’s when he is informed that his route will finally pass through Manaus where he is needed. In this Brazilian city speculate the old partisans of French Algeria in exile, Nazis who have fled the fall of their world, the leaders of the Latino drug cartels… There, he will have to assist a Frenchman during troubled negotiations. But the man he finds in Manaus is not a stranger. On the contrary, he is a disturbing witness to a past he would have liked to forget…

Born in 1962 in Puteaux, Dominique Forma has a Master’s degree in economics and a diploma in film studies. He moved to Hollywood in the 80s and worked as a music supervisor in various films. In 2001, he wrote and directed the film Scenes of the Crime with Jeff Bridges, Noah Whyle and Peter Greene. Back in France, Dominique Forma continued his writing career at Fayard, Rivages, La Bête Noire and La Manufacture de livres.

Another novella by Dominique Forma at La Manufacture de livres after Albuquerque.

A last publication in September 2020 in the collection La Bête noire (The Black Beast), which has been widely covered by the media.

Dominique Forma leads his tale with a drumbeat. A masterstroke!

A nugget without an ounce of fat, with a fall worthy of the greatest.