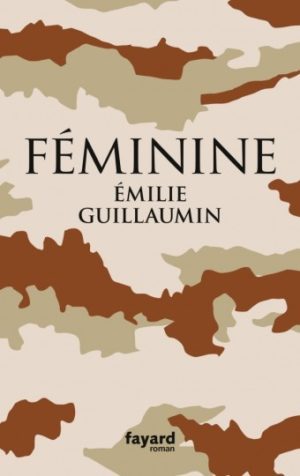 A great reader, Emma wanted a destiny worthy of a novel character. She joined the army. For better or worse.

Emma Linares wanted her life to be intense. Even heroic. A great reader, she dreamed of herself as a character in a novel.
One day, after thinking about it for a long time, she crossed the intimidating gate of a military camp.
The army. Wasn’t that where the last adventures took place?
It must have been. But only when she had learned to get dressed in less than five minutes, to crawl through the mud, to stand at attention, to name every part of her assault rifle and to sing her virile nostalgia for a beautiful blonde who had stayed behind…

After studying literature at the Sorbonne, criminology in New York and working as a journalist on Radio Classique, Émilie Guillaumin moved to Miami where she worked as a journalist, but also as a French teacher, insurance agent, waitress, newspaper delivery girl… In between, she spent two years in the French Army, an adventure from which she drew Feminine, a first novel published by Fayard in September 2016. Since then, Émilie Guillaumin works again at the French Ministry of the Armed Forces, and continues to write.
Her next novel, The Ambush, will be published by HarperCollins.