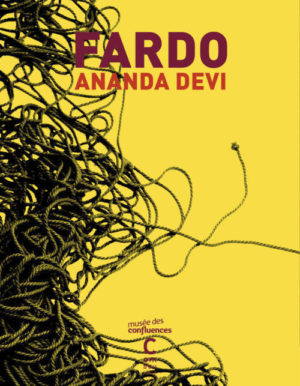 Stressing the convergence of destinies across centuries and cultures, Ananda Devi questions the question of art and otherness and stresses the importance of openness to others.

The Musée des Confluences, in Lyon (France), has launched a collection entitled “Récits d’objets” (Tales of Objects) over the past few years. A writer chooses an object of his or her choice from the museum’s collections to inspire him or her to write a text in the form of his or her choice (tale, narrative, short stories, etc.). Starting in May 2020, Cambourakis Editions and the Musée des Confluences co-publish this collection at the rate of two titles per year.

During her visit to the museum, Ananda Devi discovered a mummy of a Peruvian woman. She imagines the trajectory of this woman who, although she lived on the other side of the world centuries ago, seems extremely close to her. From this disturbing and terribly human “object”, she reflects on her own life, the impasses she may encounter in her writing, the condition of women in general, and the power of art to bring cultures close together. She also underlines the convergence of destinies across the centuries and the importance of fighting against any rejection. The result is a moving text.

Ethnologist and translator, Ananda Devi was born in Mauritius in 1957. A prolific writer, she has published collections of poems, short stories and novels, including Eve Out of Her Ruins (prix des Cinq Continents, prix RFO, Gallimard, 2006), Le sari vert (prix Louis Guilloux, Gallimard, 2010), and most recently L’ambassadeur triste (Gallimard, 2015). Awarded the “Prix du Rayonnement de la langue et de la littérature françaises” in 2014, she is now considered one of the major figures of Indian Ocean literature.