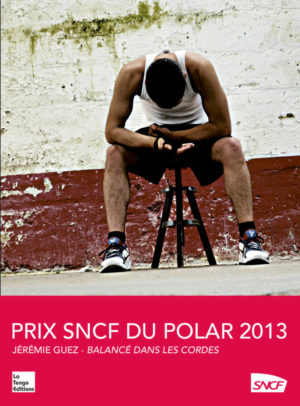 A young boxer from Aubervilliers (France) tries to become a professional in the hostile climate of a housing project under high tension. An intense crime fiction written in a raw and powerful style now adapted for the cinema. Jeremie Guez’s crime novel explores the destiny of engaging and touching young characters struggling with life, whit a great sense of rhythm and suspense, true-to-life dialogues and beautifully written boxing scenes. He strikes again, strong and true.

Born in 1988 in France, Jérémie Guez is a screenwriter and a writer. At 25 years old, he became the youngest ever winner of the Prix SNCF du Polar (Crime Fiction Award). His third novel, Du vide plein des yeux, which came out in 2013, has been translated into English (Eyes Full of Emptiness) and was praised by James Ellroy. He’s now becoming a key figure in French crime fiction.

“Everything is there, the social darkness of the great American authors, Léo Malet’s sense of a fix, and above all, its anchoring in the French housing project with the youth of today and the problems of today. What’s more, it’s written with nerve and style. The book will soon be in the cinema, the author will soon be very well known.”