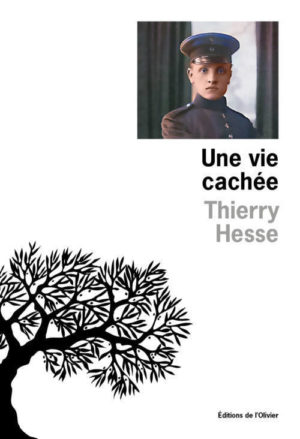 When you are born in Metz, family’s history often resembles a history lesson—or a geography lesson. Haunted by the figure of his grandfather François (alias “Franz”), the narrator of this story sets out on his tracks and gradually discovers his true origins. A sensitive and precise text, in the tradition of W.G. Sebald or Jean Rouaud.

What is memory? For Thierry Hesse, it is first of all a wandering. From the “imperial quarter” built by William II to the forests of the Meuse, from the war of 1870 to that of 1939-45, this genealogical investigation ends in a room in the district of Les Loges, in Metz: the one where Franz/François will have spent a part of his life, hidden and yet quite visible.

This book is therefore what Pierre Nora calls a place of memory, where great and small of history are intertwined. The architecture, the great battles, the childhood, but also the literature (one crossing Franz Kafka and Claude Simon) taht orders this intimate space that Thierry Hesse invites us to explore with him.

We find the writing of the author of Démon in this intense story, which puts the reader in front of his own questionings: how to reappropriate a history which is not ours but which builds, in smuggling, the adults that we became? Can we pierce the mystery of a destiny by telling it?

After Le cimetière américain in 2003 (Robert Walser Prize) and Jura in 2005, published by Champ Vallon, Thierry Hesse published Démon with Editions de l’Olivier in 2009, which was widely acclaimed by critics, was a finalist for the Prix Médicis, and has been translated into half a dozen languages. It was followed by L’inconscience (2012) and Le roman impossible (2017). He lives in Metz.

A short, sensitive text, which contrasts with the author’s previous novels and could allow him to reconnect with his audience.

A fascinating portrait of a man as mysterious as he is endearing.

Thierry Hesse’s most personal book, which is the first time he looks at this family history.

A book anchored in a region (Metz), its architecture and its history.