The Republic of the Weak 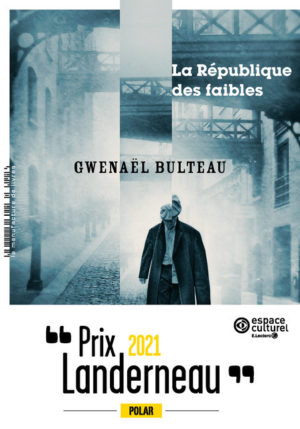 An ambitious and very successful first novel for this new voice to follow in the footsteps of Hervé Le Corre.

On January 1, 1898, a ragpicker discovered the body of a child on the slopes of the Croix Rousse (a hill in Lyon, France). Soon, a child from a working class neighbourhood, whose parents had been searching for them for several weeks, is identified.
Commissioner Jules Soubielle is put in charge of the investigation in this Lyon area, which is under great strain on the eve of the elections. The voices of unbridled nationalism, anti-Semitism exacerbated by the Dreyfus affair and a nascent socialism are raised. In the confused bustle of the end of the century, the police will have to penetrate the intimacy of these workers and small merchants, hear the voices of their wives and children to reveal the flaws of this republic that claims it is there to defend the weak.

With this first historical thriller, Gwenaël Bulteau, with a pen as poetic as it is vibrant, makes us hear the clamor of a world where justice struggles to impose its rules, in the course of an investigation that will bring down the masks one by one.

Born in 1973, GB is a school teacher. Particularly attracted to noir, he has written many short stories and has won several prizes. Most notably, in 2017, he was the winner the Quais du Polar festival, for Encore une victoire de la police moderne ! later published by 10-21 Editions. La république des faibles is his first novel.

A historical detective novel, taking us back to the end of the 19th century, in the midst of the Dreyfus affair.

An author who has already won several awards, notably from the Quais du polar festival for his detective stories.