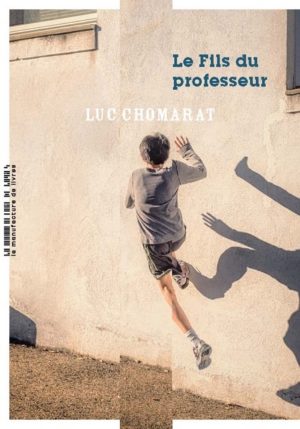 In a family, the eternal adventure of childhood is played out. There are fierce fights against cowboy friends, clever stratagems to find one’s place in the playground, existential questions and ever so indecipherable women. Meanwhile, others are fighting for freedom, killing presidents, walking on the moon, fighting a cold war...

From the vague memories of kindergarten to the impulses of adolescence, Luc Chomarat invites us to rediscover a world filled with mysteries and populated by imaginary friends. With his impertinent and witty pen, he proposes walking in the footsteps of a child on the road made of the dreams and challenges that leads to adulthood.

Luc Chomarat published his first novel at the age of twenty-two, earning himself a place on the Literary Magazine’s list of most promising authors. Also a translator of Jim Thompson, he first made his mark in noir literature and received the Grand Prix de littérature policière for his novel Un trou dans la toile in 2016 (Rivages). He published Le Polar de l’été (2017) and then Le dernier thriller norvégien (2019) at La Manufacture de livres.

A novel full of magic that transcribes with infinite accuracy and great stylistic mastery a child’s view of the world.

A text that can evoke Romain Gary’s The Life Before Us, Salinger’s The Catcher in the Rye and the works of Pagnol, Sempé or Riad Sattouf, mixing apparent lightness and great depth.

A cross section of French society in the 60s and 70s.