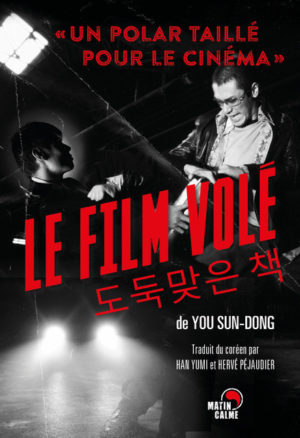 The narrator is a screenwriter for the cinema. At least that’s his title, but he earns his salary by teaching film at a modest college in Seoul. Because since his first prize-winning script a few decades ago, he hasn’t managed to get much of anything right. So he plays the game, he pretends, and sleeps with the only female students he still manages to impress. Until the day he finally gives his producer the script of the decade!
Which unfortunately he is not the author...

You Sun-dong is a director, film and TV writer and novelist. He wrote the screenplay for the film adaptation of Shoot Me in the Heart by Jeong You-jeong. His screenplay for Le film volé first appeared as a webtoon before it was adapted into a drama and then a novel. For the latter, he added new scenes and developed the characters. He won the Korea Literary Contest Prize.

Immersion in the world of cinema that the author knows well.

By the writer of Demon Catchers, currently on Netflix.